This is a much improved version of my level The New Empire Part 1, which came out a few years ago. Since I may not complete the whole of The New Empire Special Edition, I've decided to release the first part (3 levels) for now. For more information, visit www.chrisswan.tk.

It is a time of turmoil for the Galactic Empire. Hounded by the New Republic and rejected by its citizens, the Empire has been divided by squabbling warlords. One of these warlords, the self-appointed Moff Mardon, is rumoured to have developed a deadly new technology, the Ageing Cylinder, at a hidden research facility. Created by former Maw Installation scientists, this device is capable of ageing a baby to a fully-trained Stormtrooper in hours without the loss of individuality caused by cloning. Meanwhile, Kyle Katarn is training a new apprentice, Emigra Da’kal, on Coruscant and he has sent her to the remote Ison system on her first field mission. Her objective: to gain audience with the crime lord Jaffo, who is reputedly in possession of critical data about the location of the evil Moff’s labs... 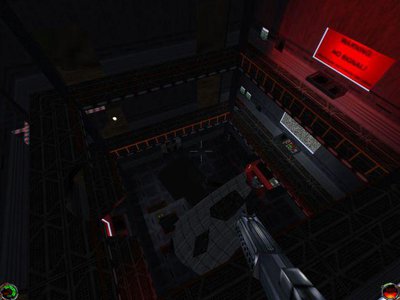 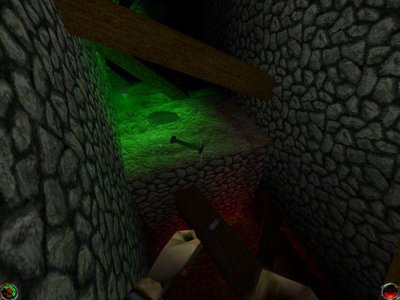 Daft_Vader
Posted: 2005-06-07 3:32 p.m.   Report Abuse I've already played it (seeing as the Special Edition has been available over at TACC for over a month now), but I must say again - this level is astounding. The originals were quality enough but now, in true George Lucas fashion, we are presented with the enhanced version, the way it was always meant to be.

I will always have fond memories of JK/MotS Single-Player, and this level's release has given me reason to continue. 10.
Lord_Grismath
Posted: 2005-06-07 4:36 p.m.   Report Abuse This episode is an amazing and essential addition to any MotS collection. Every detail is lovingly rendered, there's a great depth of code, and the architecture is very pleasing to the eyes.

I gives it 7.
Gigaman1
Posted: 2005-06-16 1:04 p.m.   Report Abuse You know i love every level of you just like this. It has it old and also some new parts inside ver well done (not only because the original woas jk and you have to make it completly new)

I just wish that all of the objects and ships didn't move so slow. And I've got to admit that those cutscenes were quite funny.

BTW: Is it just me, or does that alarm on the last level sound like one from half life with the pitch cranked up?
cb
Posted: 2006-04-24 9:16 p.m.   Report Abuse I felt this was a good level. I am pleased that people still make levels for JK/MOTS because they were such great games.