Jedi Knight Arena is a multiplayer modification for Jedi Knight, similar to Rocket Arena which was originally released for the Quake series. JKArena pits two players against each other at a time. Other players wait in the observation area until it's their turn. Available weapons can be selected by the host and players can take themselves out of the "queue" at any time. These settings are saved across level transitions, making psuedo-dedicated servers a possibility (host can start a game, set up the weapons, remove him/herself from the queue, and then leave the game to run itself on a score or time limit).

More information on creating your own JKA levels can be found on the Official Jedi Knight Arena web site. 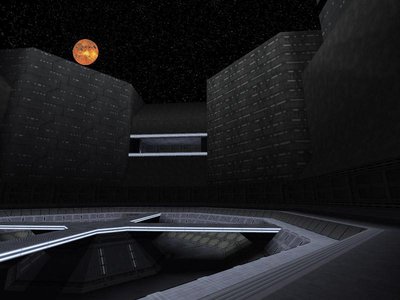 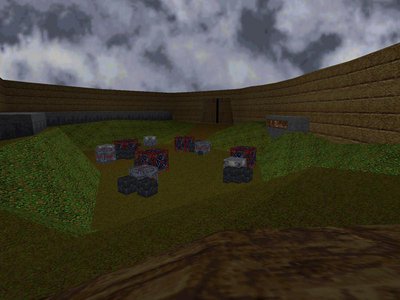 2) The weapons default to being all on when you start the game, so walking into the weapons room and selecting a weapon and toggling it will turn it OFF and leave everything else ON.
MrRavenX
Posted: 2004-01-08 8:25 a.m.   Report Abuse Without a doubt this is the best modification/level pack ever created for Jedi Knight.

The levels are top notch, the gameplay is amazing, and the cogs work great. Many thanks for the hard work that went into making this masterpiece.